Register for a LeDuc Tour

The LeDuc Historic Estate will open for the 2021 Summer Tour Season on Thursday, May 13, 2021. Due to the pandemic, we are limiting the number of people on each tour and request that you pre-register for your tours here. Drop-in visitors are welcome, but we cannot guarantee a tour spot will be open without pre-registering. Visitors will be required to wear a face covering and practice social distancing while in the buildings and on tour.

If you have any restrictions or requirements for the tour, please let us know in the "Notes" section below.

This Civil War-era Gothic Revival home welcomes you! Join us for fascinating and fun events that illuminate the lives of Civil War Brevet Brigadier General William LeDuc, Mary Bronson LeDuc, and their four children. Built in the mid-1860s, the LeDuc Estate in Hastings, MN is a beautiful example of the the design work of Andrew Jackson Downing complete with residence, carriage house, and ice house.

The site will reopen for tours by appointment only. A face covering is required by all visitors to enter the building. 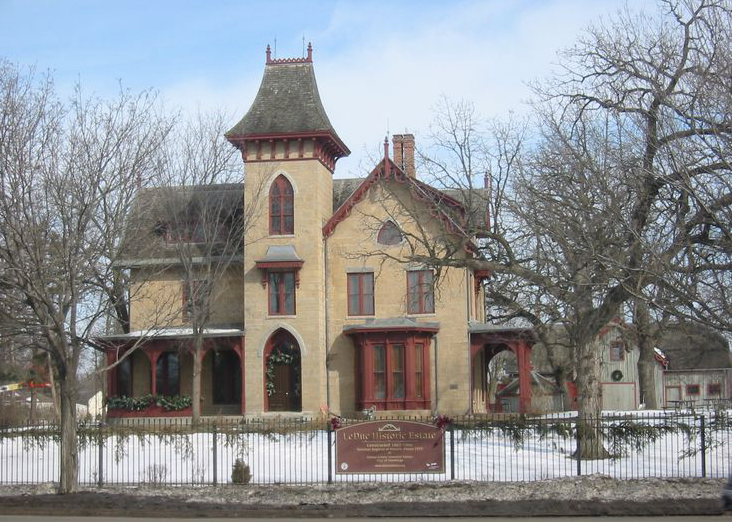 Parking at the LeDuc

Parking at the LeDuc Historic Estate

A Short History of LeDuc 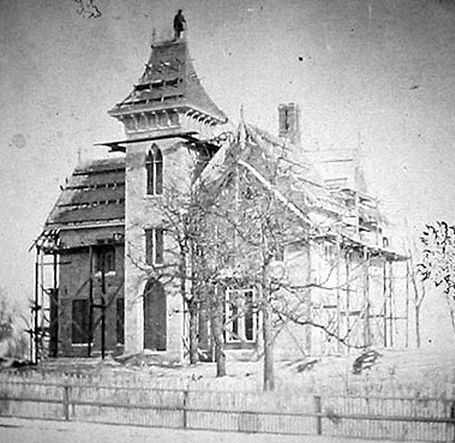 Construction on the LeDuc house began in 1862 and was completed in 1866.  Following LeDuc’s service as Quartermaster in the Civil War, the family moved into the unfinished home in August, 1865.  In March, 1865 he had been brevetted a brigadier general for “efficiency, intelligence and zeal in the discharge of his duties”.

William G. LeDuc came to St. Paul, Minnesota Territory in 1850 from Ohio to open a book store and law office.  In 1854 he purchased a quarter share in the town of Hastings from Alexander Faribault.  In 1856, he and his wife Mary Bronson LeDuc, with their two daughters moved downriver to Hastings, where they had also acquired two wheat farms and 160 acres with a small grist mill on the falls of the Vermillion River. It was on this property that William and Mary decided to build their dream home.

They chose a Gothic Revival home featured in Andrew Jackson Downing’s 1852 book Cottage Residences.  Downing was a pioneer in American landscape architect and author, whose reputation as a horticulturist was widespread.  He inspired Americans to surround their homes with the beauty of nature and encouraged the use of good design even in planning farmsteads.  More mansion than cottage, the house has ten fireplaces; its limestone walls are three feet thick and, except for the cherry staircase rail, all the woodwork is made from white pine finished at the site. William and Mary chose three Downing designs for their rural home site; their residence, Carriage Barn and Ice House. The estate is an unusually complete example of the Gothic Revival style of Andrew Jackson Downing.

Carroll Simmons, a friend of the LeDuc grandchildren, purchased the home in 1940 for his antique business. In 1958 he donated the home and outbuildings with 4 acres to the Minnesota Historical Society (MHS), with the agreement that he would continue using it for his antique business until he retired, which wasn’t until 1986. Between 1986 and 2003 the future of the property was uncertain.  Although it was the first property acquired by MHS, they had opened other house museums by the time they took possession.  Needed repairs were done on the house and carriage barn, but the property stood empty.

Citizen groups actively sought out ways to fulfill Carroll Simmons’ vision of having the LeDuc house open to the public.  In 2002 the Minnesota Legislature apportioned 1.2 million dollars in bonding funds for MHS to preserve the house and bring it up to current building codes.  Agreements were executed between the Minnesota Historical Society, the City of Hastings and the Dakota Country Historical Society, which resulted in city ownership and DCHS management of the site. 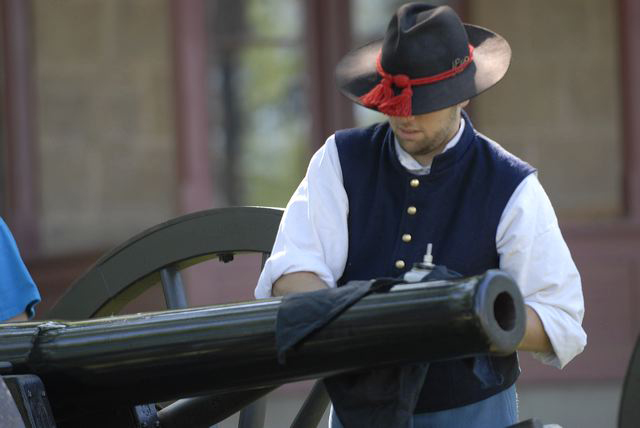 The site opened for tours on May 22, 2005.  June 24, 2005, the Minnesota Historical Society deaccessioned the LeDuc House to the City of Hastings. As part of the agreement, the Society transferred $604,000 of net assets provided by Carroll Simmons for endowment, repairs and maintenance of the LeDuc House.

Visit one of these Dakota County Historic Sites